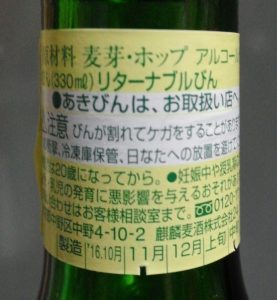 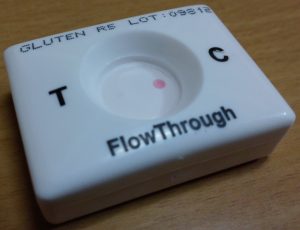 As the name suggests, Kirin’s Hard Cidre isn’t a beer, but rather a carbonated apple cider with an alcohol content of 4.5% by volume.  Looking at the ingredients listed on the label, I was pretty sure I wouldn’t detect any gluten, but I decided to check for cross-contamination.  As far as the taste goes, I don’t have much experience with ciders, so I can’t say much about the taste, except that it’s rather dry.  But in the words of Marc Antony, I have come to test Hard Cidre, not to review it. 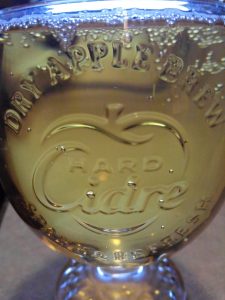 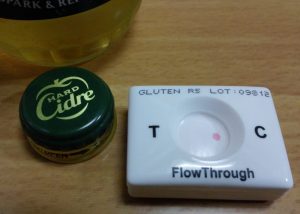 and indicates that the extract/sample is suitable, the test has been performed correctly, and all reagents are active. Even though the detection limit in this kit is very low (1-2 ppm) and the test is negative, please note this result does not constitute medical advice – please see Steffen’s facts page.

I’ve mixed this a few times with Asahi Dry Zero non-alcoholic “beer”, and the mixture didn’t taste too bad.  Call it a gluten-free snakebite… or fakebite! 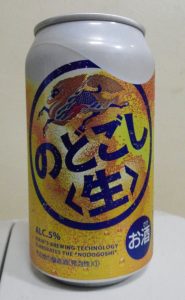 The Japanese government taxes beer very heavily. The tax rate of is based on the percent of alcohol which is generated from malt fermentation. To get around these taxes, Japanese breweries first created happoshu (literally “sparkling liquor”), then the new (or third) genre, neither of which can technically be called beer.

They don’t taste quite like beer, (maybe a bit sweeter, more like American malt liquor), but they are very popular in Japanese homes because they are much cheaper than beer (about US$6 per six-pack, vs. $10 for real beer) Nodogoshi is

the top-selling new-genre “beer” in Japan, and from reading the ingredients, there doesn’t appear to be any gluten-containing ingredients in Nodogoshi. It has found its way onto quite a few Japanese gluten-free blogs for this reason. Unfortunately, very few bars sell the cheaper variants, only the more expensive beers like Asahi Super Dry, Kirin Ichiban, etc. But after asking politely and explaining my “allergy,” several small places have let me bring my own drinks in.

Beer: Nodogoshi Nama (のどごし生)
Producer: Kirin
Originating country: Japan
Brewing location: Japan
Can size: 350ml
Alcohol by volume: 5.0%
Ingredients: (translated from the Kirin website): hops, sugar, soybean protein, yeast extract
Miscellaneous: There are several varieties of Nodogoshi. This version, Nama, is the original version, the most popular, and the only one which does not list malt or barley in the ingredients.

Test result: There is no indication of the 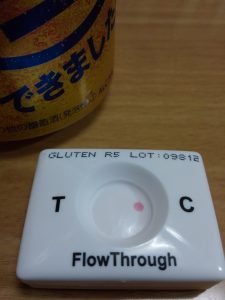 presence of gluten. According to the instructions there should appear a clearly visible pink test spot on the left of the test area (T) to indicate the presence of gluten. There is no visible spot, so this test is negative. The pink spot on the right test area (C) is a control spot and indicates that the extract/sample is suitable, the test has been performed correctly, and all reagents are active. Even though the detection limit in this kit is very low (1-2 ppm) and the test is negative, please note this result does not constitute medical advice – please see Steffen’s facts page. 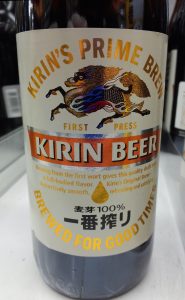 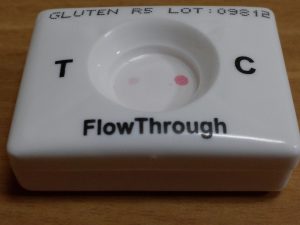