I tested a number of Spanish beers already – Ambar Especial just last year, the Canarian Dorada and the gluten free labelled Estrella Daura Damm which I tested positive, though. This time I give the regular Estrella Damm a chance, beside the famous San Miguel from Madrid and another beer from Barcelona with increasing sales called Moritz and named after the founder Louis Moritz Trautmann. 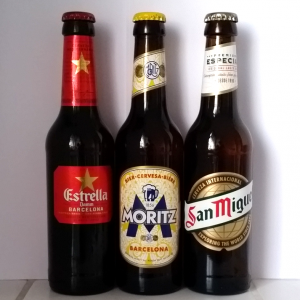